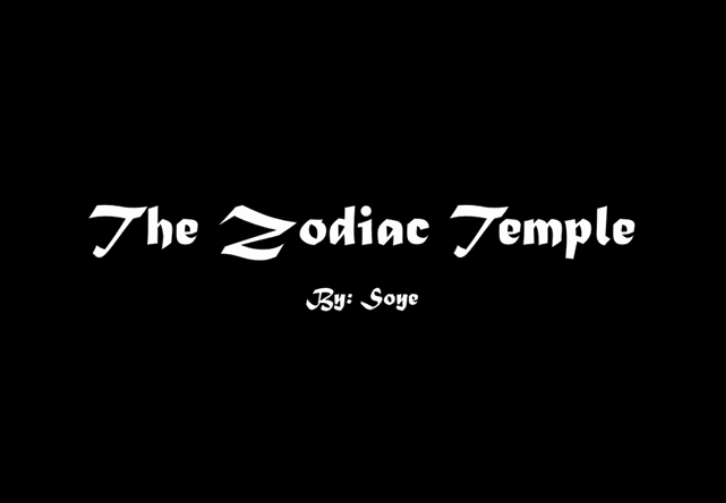 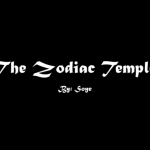 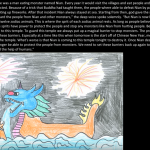 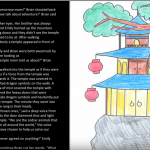 Digital Stories are easy and fun videos put together on the computer that combine pictures/ illustrations, audio and text in a story that communicates a valuable lesson. Here is a sample video one of our year 7 students created a few years back to communicate the major values around Chinese New Year.  (click on video below).

Step One: Introduce the mini- project- You can introduce the project by sharing a sample digital story or by sharing the need to update old stories/ fables for the modern digital savvy generation.

Step Five: Write Script- Have students write the script around the storyboard and visuals. They will read this script when recording the story on the computer.

Step Seven: Record the story– The final step is to have students record the story in a silent space. I usually send students to a quiet room. If you are feeling very creative, get some old cardboard boxes and have students stick the computer and their heads inside to create a sound proof mini-room. 😉

Step Eight: Edit and gain feedback with peers– After the story is complete, have students edit the stories with peer groups. Place each computer on a long table with a corresponding pair of headphones. Students can rotate to hear each others’ stories. (Alternative: Have each group present to the class) Leave sticky notes for ‘warm’ and ‘cool’ feedback.

Driving Question: How do we use written and visual media to communicate the values of Chinese New Year?

Public Product/ Performance: A digital story with script, audio and illustrations to share with a public audience of the student’s choosing. Here is a sample final digital story.