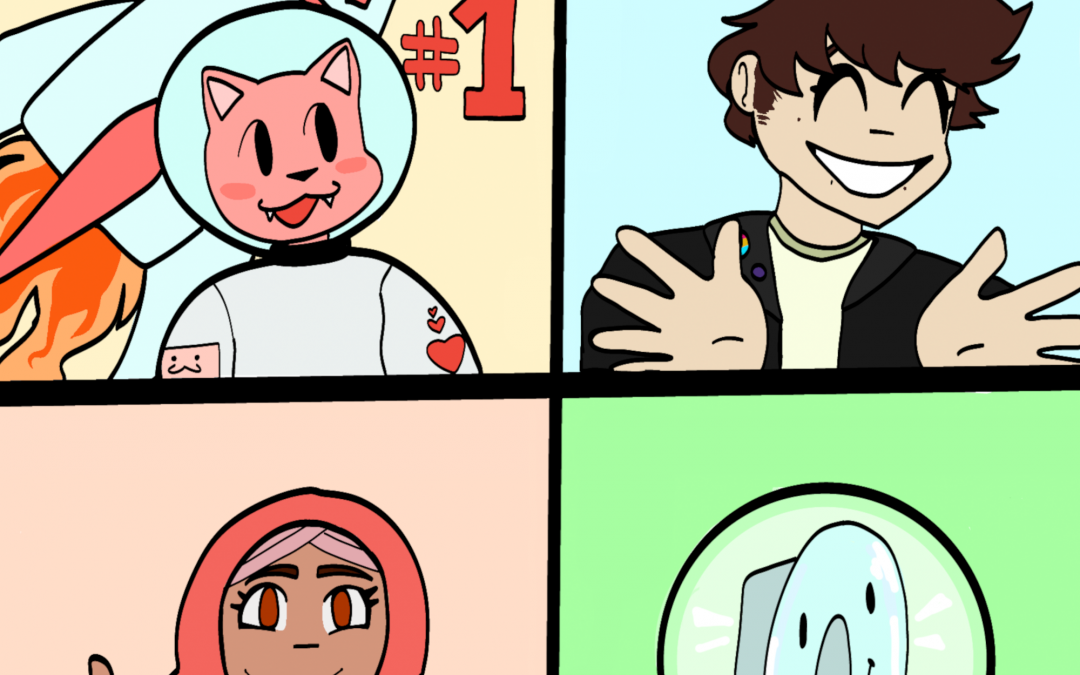 This PBL case study is from Elio Grieco, Founder/CEO of EGX and partner for CodeDay Phoenix. Learn more about Elio at egx.org.

After about two decades in technology, from startups to working at Amazon, the mismatch between the way jobs actually operate vs. the kind of talent that conventional education aims to produce was glaringly apparent.

After I moved back to Phoenix, Arizona after working for Amazon in Seattle, I thought extensively about my experiences in startups vs at Amazon. Working with creative and passionate people is something that everyone should be able to experience. The best way to give others this opportunity is to ensure there are plenty of talented people with which to work.

As we enter the dawning age of augmentation and automation, workers need to be creative, collaborative, attentive to details and self-motivated enough to solve a new set of problems with every project.

CodeDay is a 24 hour introduction to computer programming. Attendees are not expected to have any background in computer science or programming. Loaner computers are available from CodeDay Phoenix so that all our attendees need to do is show up. Even this can be a challenge for some attendees, so venues are chosen carefully. The accessibility planning that goes into CodeDay Phoenix could easily fill it’s own article. 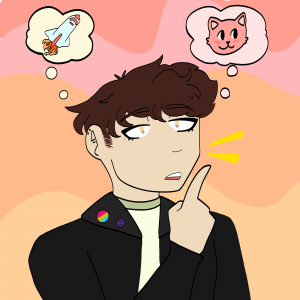 Shortly after check-in there is a pitch period where anyone present can propose a project idea.

While it’s possible to narrow the scope of the projects on which teams will work, keeping CodeDay as open as possible allows for ideas we would never have dreamed possible- like the The Turing Test (pitched at the time as a “boyfriend simulator”). Any attendee can pitch an idea around which teams can form.

The biggest issue to keep in mind with an open pitch session or when deciding on appropriate pre-planned challenges is that the scope must be realistic. Too simple a challenge and the event will be boring, too complex and few will get anywhere near completion.

While choosing and evaluating project ideas seems like it would be straightforward, accurately assessing the scope, and thus difficulty, of a project can be far more difficult and error prone than it would seem. This is due to an analog of Moravec’s paradox (things that are easy to do as a human are hard for a computer to do) and due to differences in experience for each team and team member. 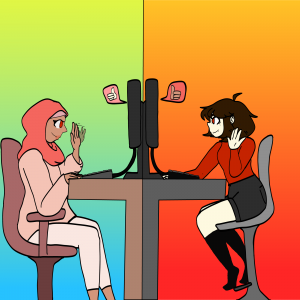 Events tend to got a bit smoother if immediately after pitches, kids are rotated through three 15 min mini-lessons about project management, online research methods, and basic programming concepts. These skills help them transition seamlessly to the next step…

After the pitch and intro talks, attendees form groups of their choosing. It’s strongly encouraged to work in groups of 2-5. Larger groups of up to 8 have been tried but they tend to have too many issues with delegation of work, communication within the group, and final integration of the project materials. Not surprising as the same dynamics are at play in tech companies. 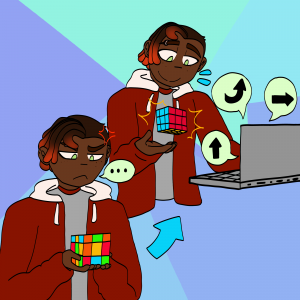 Most of the event time is taken by working on group projects and one of the biggest factors that affects the quality and enjoyment of the event is the quality of the mentors. Because of the limited time frame (24 hours) students need to be quick at figuring things out or have access to mentors that can effectively communicate their knowledge in a way that attendees can immediately put to work to solve their current issue.

Mentors must also have a good rapport with attendees. A big part of the outcomes we achieved was due to mentors coming from local companies and thus being potential future co-workers for the attendees. Getting time to casually socialize with the mentors gave attendees a view behind the curtain of what it looks like to work at various tech companies.

In some cases, attendees were actually in the same building at which they might work in the future once they got hired. It doesn’t hurt that in tech there are ping pong tables, cereal bars, and slides built into such workplaces.

When we had out of state mentors for CodeDay that didn’t interact much with our attendees, the event went very poorly and we had few return for the subsequent event.

I started attending almost every technology meetup I could find in the valley (about 2-4 per week). As we pulled in engaged members of the local tech community, the quality of the mentorship and thus the events themselves increased dramatically. We have repeatedly seen mentors spend 6-12 hours working with a single team to complete amazing projects. These partnerships are usually followed up with internships, job offers, and occasionally, former attendees that end up guiding the whole community.

Tips and techniques for finding, engaging, preparing, guiding, and retaining high quality mentors could fill a small book. We’ve instituted a number of different practices over time to make this process as smooth as possible. Mentor support consists of pre-event, mid-event, and post-event activities. Comfortable, confident and engaged mentors are key to a successful event. Finding the right balance between not enough support and too much guidance/mentor time taken is a subtle art that varies with each mentor. 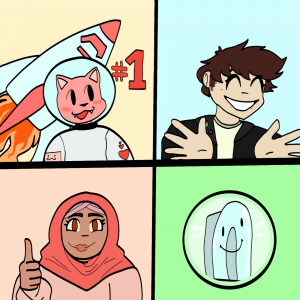 Though CodeDay projects tend toward video games, projects have included: 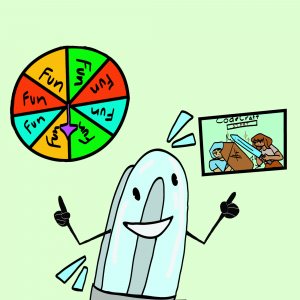 While we do offer prizes, we’ve decided to keep them quite modest, small, laser cut wood trophies. We could go the route of offering TVs, game consoles, tablets and computers, but intrinsic motivation is critical to STEM work. Having the “prize” be the event itself and the time you spend with temmates and mentors leads to far better outcomes, especially in the mid to long term.

We’ve seen increased involvement in the community as attendees maintain connections to the companies, meetups and mentors that they meet at the events.

In several cases, kids that really have drive and a bit of talent have been offered internships and jobs applicants.

Grants and the Cybersecurity Community

One attendee ended up becoming heavily involved in the cybersecurity community and was even brought on to a fedral grant as project manager. The work done during the grant had a lasting impact on the Arizona cybersecurity community, increasing collaboration between companies, schools, and the state and federal government. Those collaborations lead to events that improved access to Cybersecurity education and jobs for disadvantaged communities and the larger community.

Another extreemly motivated attendee saw a need in her community and started the non-profit Backpacks 4 Kids AZ which collects and distributes school supplies to kids in need.

The impression she made on the organizers and mentors with her incredible dedication and dilligence lead to multiple companies helping her grow Backpacks 4 Kids AZ after she pitched the idea. Donations, drop-off locations inside companies and putting out asks through the local business community for more donations lead to rapid growth.

Strengthening community has first and second order effects than can lead to positive impacts far beyond the initial group of attendees and mentors at each event.

One of the reasons I was so excited to work with Kristin was her insistence on exactly how we would run future events.

Having a strong commitment to accessibility meant that we had to turn down multiple excellent venue options. Though the upside is that we gained access to some phenomenal talent that most initiatives miss due to their inaccessibility.

Being truly accessible is hard, much harder than it should be. If you think you are accessible it’s worth asking a few questions:

Some of the most successful projects have occurred when students were given brief training in project management and tutorials with tools such as Git that facilitate combining all of the digital pieces that make up a project such as code, and both visual and auditory art assets.

While having absolutely no structure will lead to a bad experience hack-a-thons thrive when the participants have higher amounts of agency and autonomy. The more it feels like a small, scrappy startup and the less it feels like spending time at school, the more successful your hack-a-thon will be.

CodeDay is a great intro to STEM but it doesn’t occur frequently enough and the event isn’t long enough to really get kids into coding in a serious way. Moving forward, the organizers have agreed that we’d like to pull together a broader community initiative to help kids find their way into tech.

Learn more about CodeDay and how you might start your own below: